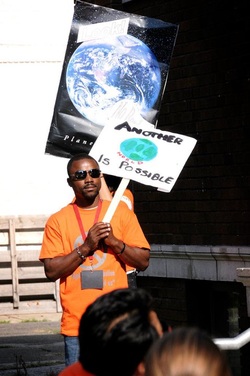 We all know another world is possible, but for some reason we tend to think we can change it alone. We cannot. We can however change as a collective. Remember "All it takes for evil to prevail is for good people to do nothing"
Click on the Muhammad's Place tab above to proceed to my blog. There you will find a catalog of essays that deal with some of todays most pressing  issues. 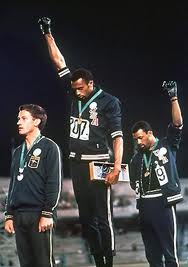 Olympics 1968, Mexico City, was one of the most important moments in history for the United States. From this moment, America would have to take a serious look at her past, present, and future.www.JohnCarlos.com

Gustavo 'Gus' C. Garcia, Mexican-American Civil Rights attorneyGarcia worked with fellow attorney Carlos Cadena in the landmark case Hernández v. Texas (1954), arguing before the US Supreme Court for the end of a practice of systematic exclusion of Hispanics from jury service in Jackson County, Texas.. 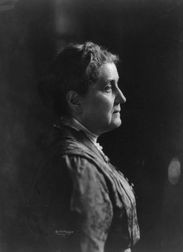 Jane Addams, was the first American woman to be awarded the Nobel Peace Prize. In a long, complex, career, she was a pioneer settlement worker, founder of Hull House in Chicago, public philosopher (the first American woman in that role), sociologist, author, and leader in woman suffrage and world peace. She was the most prominent woman of the Progressive Era and helped turn the nation to issues of concern to mothers, such as the needs of children, public health and world peace. She emphasized that women have a special responsibility to clean up their communities and make them better places to live, arguing they needed the vote to be effective.
What's new with muhammad